Trout is the common name that is given to a different number of species living in freshwater. These fishes belong to the salmon family known as Salmonidae.

Trout are commonly found in clear, cool lakes and streams, however many of these species are anadromous as well.

They are mainly distributed throughout North America, Europe, and North Asia.

These fishes usually have fins that are entire without spines, they also have a small adipose fin along their back, near their tail. Trout have tons of species that all have unique characteristics and features.

These fish generally feed on the soft bodies of aquatic invertebrates, like flies, mayflies, stoneflies, caddisflies, and dragonflies to keep themselves fed.

That said, cutthroat trout and brook trout are two of the most common varieties you might come across.

Both of these are compared with each other because of their similarities. When it comes to this, you should note that these are both different.

This is why we will be using this article to provide you with a comparison between these varieties so that it can be easier for you to tell them apart.

Cutthroat trout is a species of fish that are found roaming around in the Rocky Mountains, Great Basin, and the Pacific Ocean.

These are from the group of Pacific trout that are commonly hunted down because of their delicious meat. Before getting into this you should note why the fish are named this.

The name used for the variety refers to the distinct color under their lower jaw which allows people to distinguish them.

The adult size of the fish is around 10 kg which is fairly heavy. You should note that the variety is still able to travel at high speeds looking for prey. 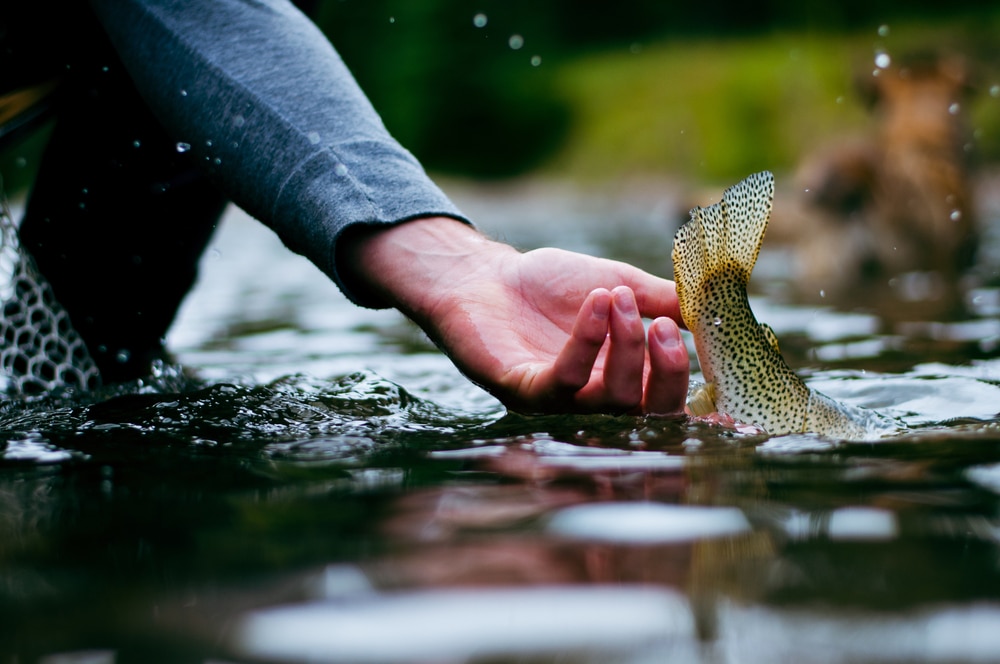 The aggressive behavior of the fish is another reason why it is widely sought. Cutthroat trout are often hunted down and then used as gamefish because of their unique habits and patterns.

But one thing to note is that the fish usually travels around depending on the temperature around them.

If these are not suitable for the variety then it will change their location. This fact is why the fish can be tricky to catch. You should note that the temperatures these varieties roam around in usually range from about 39 to 59 degrees.

With that being said, the fish usually tends to change its location when the temperatures start to change. Though, the only issue with this is that the variety cannot migrate to another sea or river.

This is why once the temperature starts rising and hits 60 degrees. These fish will stop feeding and try to hide.

If the temperature keeps on increasing, then this can start becoming lethal for the variety. 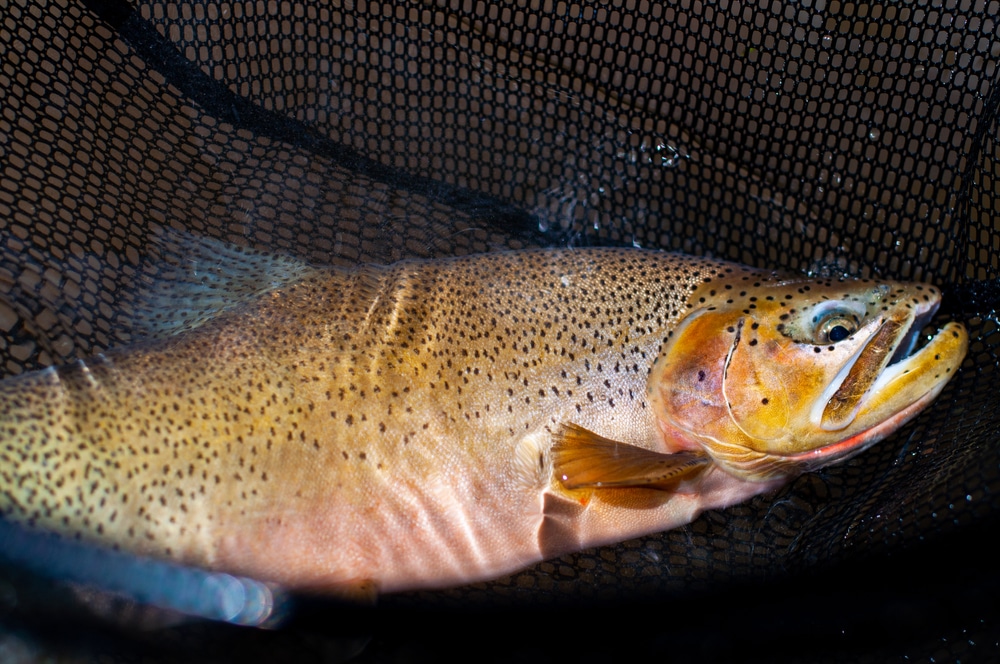 This is quite an issue, and you should note that cutthroat trout will start to die once the temperature is around 68.5 to 69 degrees. If you are thinking about fishing for the variety then make sure that you try before this.

When catching fish, people should ensure that they use the best type of bait possible. There are tons of options that you can select from, but this is also the main reason why users get confused.

When catching cutthroat trout, the best type of bait that can be used is salmon eggs or nightcrawlers.

Aside from this, the equipment being used is another important factor to look out for. The fish is quite aggressive which is why it might try breaking your line.

To prevent this from happening you should use durable lines and rods that will withstand the pressure being applied by these fish. 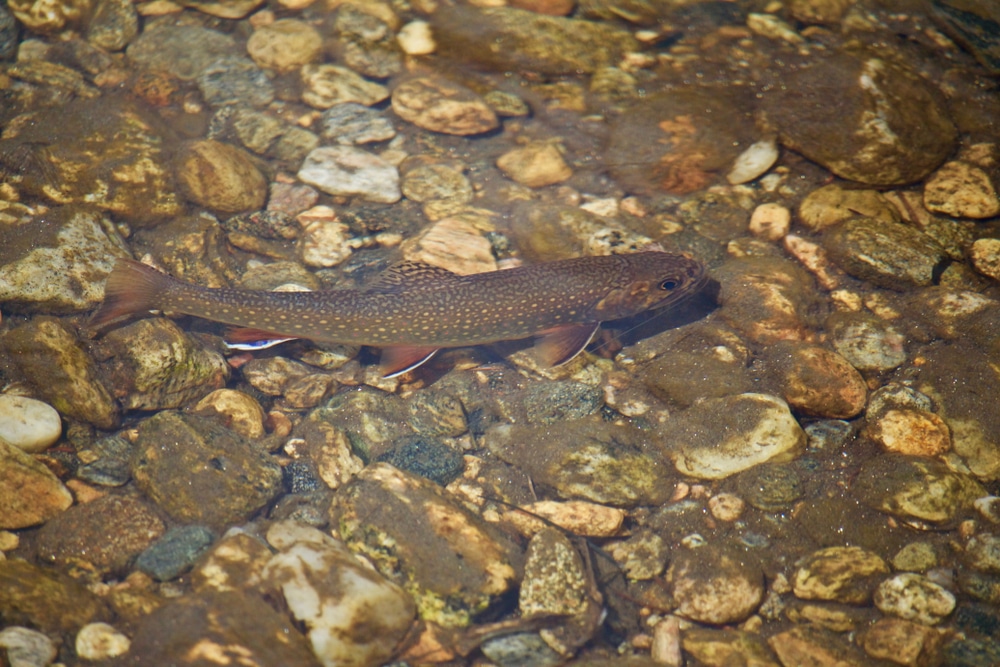 People should note that the variety is native to Canada and the Eastern part of the United States. However, these fish have also quickly spread to other regions because of their popularity.

This includes regions like Asia, Europe, and Iceland. You should note that the maximum size of an adult brook trout is around 4.4 kg which is almost half when compared to cutthroat trout.

Additionally, when looking at their behavior, people will notice that brook trout are tamer.

The main reason why brook trout are caught is because of how easy it is to attract them.

Additionally, the meat found in them is not only delicious but also healthy to eat. This makes the variety one of the best options to go for while you are fishing.

The meat found on brook trout is full of nutrients including potassium, phosphorous, as well as protein.

The omega-3 fatty acids are also quite high which helps out people with cardiovascular problems. This fact alone is one of the main reasons behind the popularity of the variety.

Now that you understand this, when comparing these two fish side-by-side, it can be quite easy for people to tell them apart. 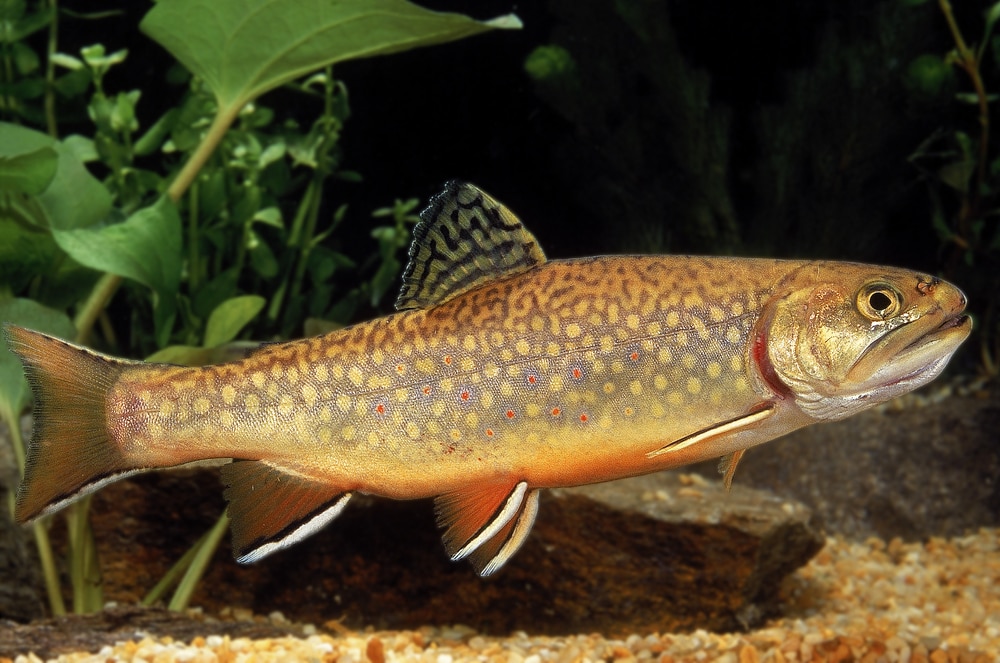 You can usually tell the differences between them without much effort but the only issue that you will notice is that they are both found in the same spots.

This is why if you are trying to catch one out of the two varieties then the other one might get attracted instead.

If you are having trouble trying to tell these fish apart then look for the red color on the cutthroat’s neck. This is the best indication aside from their massive size.

The patterns on the body and the spots on the tail are also some clear indications of how you can tell the varieties apart.

People who have gone through the information provided above should be able to understand how these varieties are different from each other.